Carbs Taste Better on the Crapper

But it’s for the kids.

You always say that, but you know you’re going to end up having most of it yourself.

It’s the kind of internal dialogue I used to have every time I passed by the Two Buck Chuck at my local Trader Joe’s.  Well, except for the part that it was for the kids.

I held the four pack of giant chocolate chip muffins in my hand, my intentions seemingly pure; I wanted to treat my kids.

But I knew better.

I should’ve put them down.

I should’ve walked away.

I took them to the checkout, and I bought them, and I brought them into my house where I knew they wouldn’t last very long.

In the silence of the night

I snuck into the kitchen as my loved ones slept

Grabbed two of those muffins

Locked myself in the bathroom

And perched upon my toilet

It’s how I used to drink

There are so many similarities

The need for immediate gratification

That’s what happens when I live life as if I’m in charge and things don’t go my way.

It’s what happens when I look for love and respect and acceptance in all of the wrong places, demand those things from people that are unable to give them, expect others to change because I think they should.

It’s what happens when I’m too busy pointing out the faults in others instead of looking inward and owning what is mine.

I couldn’t undo mowing down those muffins when I woke up today.

I let myself feel gross and guilt-ridden for a few minutes (especially when I saw the crumbs on the bathroom floor).

Then I told the shame to go to hell, went to a meeting, and walked a brisk mile.

I’d like to get to a place in my life where I can enjoy my carbs at the table, in the revealing nature of daylight

where I can eat them, not inhale them

and put them down when I’m full

Because you and I both know that nothing good can come of continuing to eat them on the toilet.

Except for maybe efficiency. 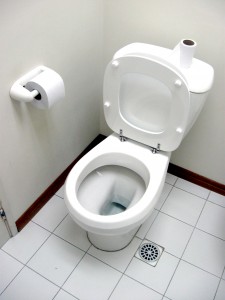 What’s your drug of choice?

6 Replies to “Carbs Taste Better on the Crapper”