Why We Stopped In-Home Therapy for Our Son with Autism 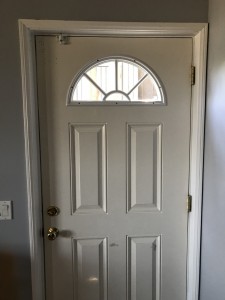 No one knocked on our door yesterday.

Every once in a while, I’d stare at it, consumed by its silence, wondering in the stillness of the afternoon if we had done the right thing.

For fourteen years, except for weekends, holidays, and the occasional sick day, a therapist has been in our home. Five days a week. Fourteen years. I’m not good at math but I know that adds up to a whole lot of hours spent with people trying to help us help our son.

The decision wasn’t made lightly. It wasn’t anything anyone did or didn’t do, though the journey certainly wasn’t without its mistakes, mismatched personnel, misguided advice. There were the early years, when Andrew was two and we spent a solid year trying to make his chubby arms stop flapping.

“Quiet hands,” they ordered us to say.

And we listened, too overwhelmed with his diagnoses and the fear that no one would accept him as is. “Quiet hands, Andrew.” Too new to know he or we weren’t the problem. Too naïve to believe we could and should blame society, instead of autism.

Ah. But we know better now.

And when he flaps we smile, and wonder aloud if one day he’ll actually take off and soar into the sky. Few things are as beautiful as watching him try.

But for everything that wasn’t right, a thousand things were.

The special therapists who came through our door, who announced themselves every afternoon with those familiar knocks, who started out as strangers but who left as family, they changed our lives, and more importantly, Andrew’s life for the better.

And we hope, in some small, significant way, we were able to change theirs as well.

They were told not to get too close to us. That it was inappropriate to be friends with the families they served. You try having someone in your home each day, watching as you navigate parenting your child with special needs, watching as you fight with your husband, watching as you burn dinner.

forget to pick up your other son from practice
take a phone call from a creditor
find out your child was abused at school
question every decision you’ve ever made and let guilt and regret consume you
wonder if your mammogram will be clear
take your son to the hospital with seizures.
You try that and tell me we can’t get close with the therapists who work with our child each day. For any of it to have worked, there was no other way to be but close.
And in turn,
We’ve watched them
Get married
Have babies
Go to grad school
Move away
Get new jobs

We’ve shared coffee and carbs and tears. We did the unimaginable: we became friends. Family. There. The secret’s out. Someone call HR and let them know allowing someone into your personal lives each day does not lend itself to cold, distant professionalism. This is our home, not a clinic. If you didn’t make yourself comfortable here, you’d never last.
Oh but last they did.

Christie was with us for 3 years. She came when Andrew was four. She helped us see that ABA therapy was only as good and respectful and effective as the therapist who was implementing it. She helped right the wrongs of previous encounters and she understood Andrew was not a statistic. She pushed me because she believed in me and that made me a better mom. She left to start a family, a new job, and we sobbed on the couch but we knew we’d be okay because we’d see each other again. And we do.

Then Kristen came along. She deserves a medal. With us for eight years. Unheard of in this field! She’s seen us through some of the best and worst times of our lives. She helped give Andrew his power back when someone evil tried to take it away. She has been instrumental in so many of our son’s successes. She rejoiced and grieved with us. A lot happens in eight years and she was there for all of it, never wavering in her commitment to our son and our family. Then one day she left to have a baby. She came back. She left to have another one. And still, the sadness of those departures was overshadowed by the joy that our boys have an aunt they can always count on, forever.

Kirsten – who arrived as Kristen (yes, you read that right) was about to give birth for the first time – showed up doe-eyed at our doorstep, and quickly endeared herself to Andrew. She sat coloring with him for hours each day, trying to earn his trust before she started bossing him around, and eventually he let her sit right next to him. She was with us for two years, her big heart and kind smile greeting us each day as we waited in the front yard for Andrew to come home from school. Now she’s headed to grad school, ready to take on the next chapter of her life, and I have no doubt she will remain in ours.

Ariana and Ashley didn’t have a chance to stay very long, but don’t think they didn’t make their own impact on our family. Each reminded us that you don’t have to know someone forever to know they are good and dedicated and truly want to help your child.

You can imagine – with all of these special relationships we’ve forged along the way – how difficult it was to part ways with truly the only thing we’ve ever really known. Fourteen years of this and you forget what it’s like to live without it.

But, like any methodology, ABA doesn’t address all of our son’s needs, and while we’ve certainly learned a lot along the way, Andrew deserves for us to challenge the status quo and see what else is out there for him, and for us. He has a robust program at school, works harder than anyone I know, and he’s exhausted. Being able to come home from school and not be faced with three hours of therapy will hopefully restore some of his energy and give him a chance to take a deep breath.  And to be honest, I’d like to be his mom for a little while and not his therapist. The burden of that has caused a lot of sleepless nights as Mike and I anguish over our additional roles and the responsibilities and repercussions they carry. There really is no other methodology out there that forces the parents to take on the role of the professional. It’s a lot, and we need to see what’s on the other side of that.

Which is why it’s time to try something new. To give Andrew a break. To see what happens when no one knocks on the door and we are left, just the four of us, to fend for ourselves.

I imagine it will be okay.
After all,
we’ve been training for this for a long time.