There’s been a lot of chatter on social media about Julia, the new character on Sesame Street who made her television debut this week, much to the dismay of some families who aren’t feeling like celebrating her appearance on the popular children’s show.

Now, Muppets aren’t typically a source of controversy, but Julia happens to have autism, a diagnosis that often leaves its community fractured over disagreements about nearly everything: causes; interventions; to cure or not to cure; person first vs. diagnosis first language; to embrace the puzzle piece or not; the list goes on and on, and Julia is no exception. At the center of the heated discussions is Julia’s portrayal of the neurodevelopmental disorder, which some parents say misses the mark by overlooking the many difficult and often serious behaviors and co-morbid conditions affecting their children on the spectrum. Behaviors like self-injury, aggression, and wandering, and co-morbid conditions such as epilepsy and gastrointestinal problems; topics which are rarely, if ever, explored through television, film, and other media portrayals of autism.

These families, who are living daily with the most severe form autism spectrum disorder, are, once again, feeling left out and ignored, their reality of autism pushed aside and buried in exchange for a version they cannot relate to. I can’t say I blame them. Severe autism is hard. It’s isolating. It’s messy and lonely. It’s rude stares from strangers and emergency landings in airplanes. It’s changing diapers on public bathroom floors and GPS devices strapped to shoe laces. It’s dead-end doctor visits and sleepless nights.

It’s the kind of autism my son has. Our matching padded helmets hang in the front hallway, easy to reach when he cannot be consoled and the only way he can communicate his pain and frustration is through head-banging and hair pulling.

Naturally, this means I must agree with those who say Sesame Street should be showing more of OUR kind of autism, right?

Though I’m still about 6 weeks away from getting my grubby little hands on my MS in Child Development, this degree is costing me a fortune, so I’m going to start putting it to good use now, if you don’t mind, since this topic is definitely in my wheelhouse.

The same demographic that loves glitter and will likely eat roly poly bugs when left unattended.

Knowing this, it’s necessary to ask ourselves how a difficult subject matter such as autism can and should be delivered to this target audience using developmentally-appropriate content.

Let’s break it down like this. When Sesame Street teaches this same population of viewers about another serious subject such as stranger danger, do they do a segment on human trafficking or do they develop awareness about this topic in a way that is mindful and sensitive to the age group? And, before you hit send on that hate mail, I’m not comparing autism to human trafficking. I’m simply making a point about the importance of knowing your audience, and in the case of autism, Sesame Street – at least so far – is on point. In just their first episode featuring Julia they’ve managed to explore several themes relevant to the disorder: sensory overload, echolalia, stimming, and the potential for hurt feelings among typically-developing peers who could feel ignored by someone on the spectrum when they don’t respond to their attempts at conversation and play. This is important work happening here guys.

What is Sesame Street’s goal with bringing Julia onto the show? In my humble opinion, it’s to give young viewers an introduction to a disorder they will very likely encounter somewhere along the line. Maybe some of them already have, whether through a family member or a preschool classmate. It’s a conversation starter; a seed that’s being planted in young, developing minds, and tender, open, compassionate hearts. It’s priming this next generation to not just tolerate autism, but to live alongside it as allies and advocates; to hear the word and see the person and not recoil out of confusion and fear, but to embrace the differences in their peers diagnosed with the disorder. It’s laying a foundation; a sturdy starting off place that allows for continued education about and insight into our loved ones, some of the challenges they face, and the triumphs they work so hard for.

Julia’s job is not to make you and I feel like our lives are finally being accurately captured, or to encompass every heartbreaking roadblock our children face. Again, I don’t blame you for wanting that; I want it too. Our children’s stories deserve to be told. Our families deserve a voice. I just don’t expect Sesame Street to be the platform. The things you and I have watched our sons and daughters go through is not appropriate for these tiny little humans to be confronted with. I can barely make sense of it myself most days; how can I possibly expect a young child to digest it?

I agree with you on this: Our families need more representation in film, art, and media. It’s hard seeing versions of autism that never seem to match our own. There’s a lot that our children go through that isn’t being told, that needs to be told.
So, let’s tell it. To an audience that isn’t learning its shapes and colors.

I’ll start. I promise. In fact, telling Andrew’s story is truly something I feel called to do and it’s about time I do it.

In the meantime, I ask that you give Julia a chance. She’s pretty spectacular. The way she flaps her arms gives me goose bumps. I so wish she had been around in 2004, when we were first diagnosed and I bought into the idea that flapping was something we had to eradicate in order for Andrew to be accepted in the world. How I wish I could take back all of those “Quiet hands,” commands. I’m so glad moms and dads facing a new diagnosis have Julia to show them it’s okay to flap; in fact, it’s downright beautiful.

Julia is not like my Andrew. He is, after all, a 15-year-old boy living with very severe non-verbal autism, intractable epilepsy, PTSD, and intellectual disability. He’s also in the midst of puberty (Sweet Merciful Mother, save us from these hormones). But what they do have in common is the right to be loved and accepted, accommodated and respected.

And thanks to Sesame Street, I think Julia’s viewers are going to help make sure of that someday. 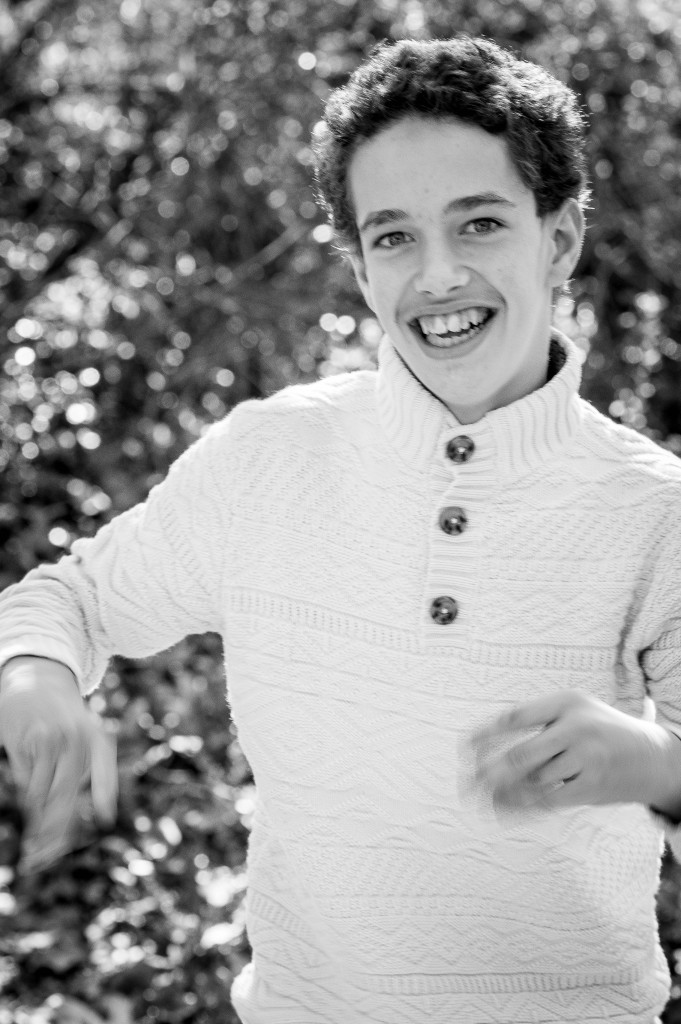