He was supposed to play in his first Challenger baseball game of the new season this morning, but instead we found ourselves at our local Children’s Hospital emergency room, making sure Andrew’s foot wasn’t broken.

(Never a dull moment around here, that’s for sure).

It was there that I first spotted them; a father and son pacing the floors of the ER waiting room.
This was no leisurely walk. Dad was trying desperately to keep his son close by, doubling his stride just to stay beside him.

It doesn’t take a genius to spot lifetime members of your own tribe.

As they got closer to where my husband and I were sitting with Andrew, we immediately recognized the stims, the vocalizations, the desperate and non-stop attempts to flee no matter the danger lurking beyond the safety of his father’s arms; these were as familiar to us as our own arms and legs and when our eyes met the exhausted gaze of this frazzled father we exchanged a look that said more than words ever could.

He was beautiful, this child.
(They all are, you know).

He was also in a hurry, and his dad was getting tired.

And I got the sense that a minute was 60 seconds too long for this kid.

Eventually his mama took over, and dad melted into the nearest chair in search of temporary respite.

It was somewhere between their 47th and 131st lap around the circumference of the room that I was able to stop them long enough to cheer mom on.

“You’re doing great, mama. We’d be right there with you if our son’s foot wasn’t hurt.”

She looked over at Andrew, then back at her own son and the familiarity washed over her too.

Oh how she wanted to stay and talk!

Oh how her beautiful boy wouldn’t let her!

Fifteen seconds later they had spilled outside, beyond the automatic double doors and she was yelling for her husband while trying to shield her son from the busy street ahead with her small frame (you’d be surprised how strong we become when the situation calls for it).

How well I know it.

It was like watching a scene from my very own life unfolding right before me, and for a split-second, it took my breath away.

We are many, according to the CDC, but we are so few Monday thru Sunday, out there in the real world, as we try to appear calm and composed and collected while society stares with it’s mouth agape at our manic efforts.

Coming across a mirror image of yourself like that beyond the confines of your home is like coming face to face with a rare, exotic, endangered species.

Before either my husband or I had a chance to assist, the parents had expertly managed to maneuver their son back inside, where the festering hospital germs didn’t seem nearly as scary as the fast and unforgiving cars outside.

A few minutes later, once her heart rate had returned back to normal and her ragged breath steadied, the mom quickly and quietly made her way towards me and handed me a folded piece of notebook paper.

I didn’t ask if I could hug her. I just wrapped my arms around her and tried not to get my snot bubbles on her shirt.

And just like that, the world became a little less lonely for both of us. 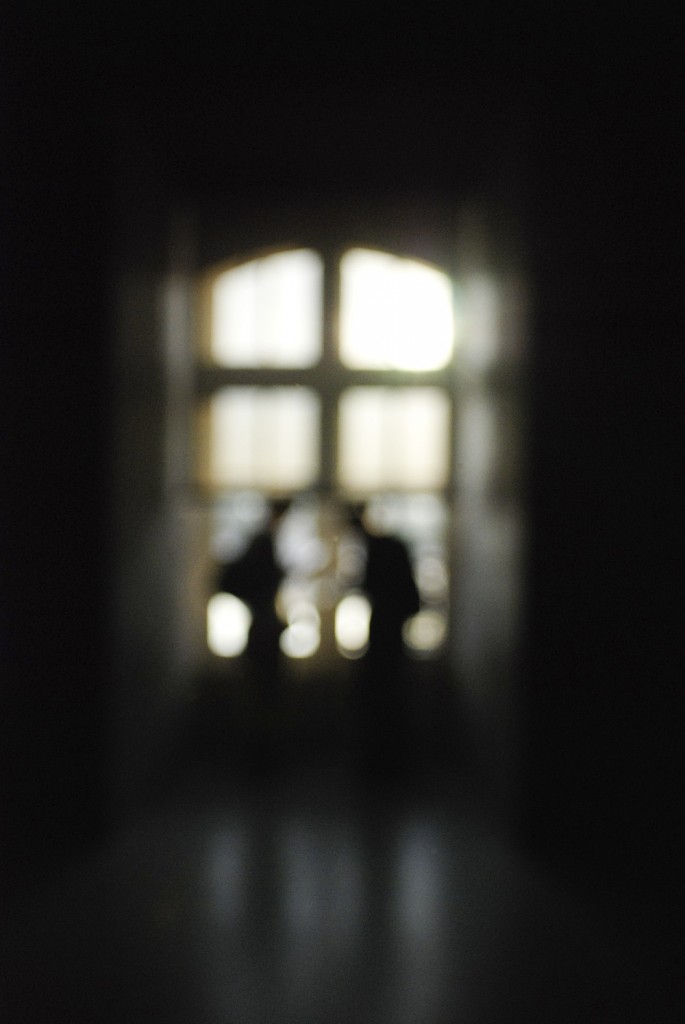