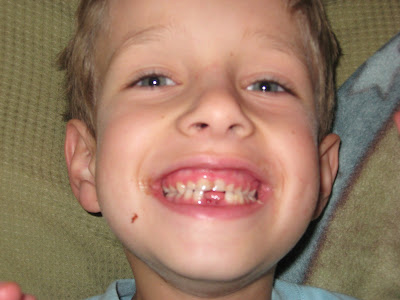 It is so nice to sweat the small stuff around here for a change. In a household such as ours, where there is a special needs child, we have become accustomed to stressing over all of the big stuff: neurologist visits, hospital stays, failed diets, side effects from medications, elopement, and numerous other things that have become second nature in our family life.

But what a glorious thing it is to stress about the small stuff! To have moments of clarity where I am able to realize that despite all of the setbacks that monchichi faces on a day to day basis, he is still a boy of six years who is starting to challenge us as parents the way typical first graders do: He will not take NO for an answer.

He is testing us, and as exhausting as this has been, it is so close to a state of normalcy we never considered possible when he was first diagnosed with autism at the age of two.

Sometimes the magic happens and we don’t even know how or when. Sometimes it takes me a day or two to fully comprehend what a miracle it is that our son is choosing to be rebellious. Something a lot of parents take for granted.

Sure, Superman has this part of growing up down to a fine art.
But monchichi, who is still considered nonverbal and years behind his typical peers, has finally begun to stare us down when we refuse to give in to his immediate demands. He knows what he wants and he cares about the outcome. The whole equation = overjoyed and overtired parents who remain hopeful that this strong personality streak is a sign of things to come.

I am frazzled by his behavior, but not because he is grinding his teeth or flapping his arms or not responding when I call his name.

I am frazzled because he is fighting with his brother, trying to steal cookies, and going out on the balcony when we tell him not to.

These are beautiful growing pains that deserve to be recognized, nurtured, and celebrated. They soon will pass, and new challenges will take their place; challenges that we will embrace and work through because they are evidence that Monchichi is finding his place in this world, in this giant life that gets smaller as he gets better.

And in the middle of writing this post, my firstborn child, the baby boy born with a headful of black hair and exact replicas of his father’s feet, lost his first two teeth.
It is symbolic, this rite of passage, and maybe God’s way of reminding me that autism can’t take everything away from us.
We won’t let it.
You are not authorized to see this part
Please, insert a valid App ID, otherwise your plugin won't work correctly.

One Reply to “Sweating the Small Stuff”